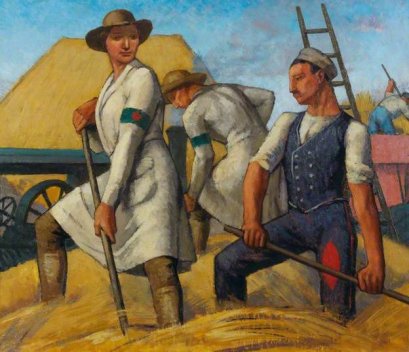 Visitors to St Barbe’s Women’s Land Army exhibition in 2008/9 were struck by the heroic figures in Randolph Schwabe’s powerful and evocative oil paintings and drawings. The unprecedented interest in this neglected yet scholarly artist has resulted in a major retrospective exhibition curated by Dr Gill Clarke MBE which will showcase Schwabe’s varied output and demonstrate his significant contribution to 20th century British Art. He was employed as an Official War Artist in both world wars, producing a series on ‘Women on the Land’ in the First World War and portraits and drawings of bomb damage in the Second World War. This exhibition will also include his theatrical and ballet drawings, etchings, watercolours and book illustrations, many of which have not been on public display before.

Entry £5.00 to include refreshments.